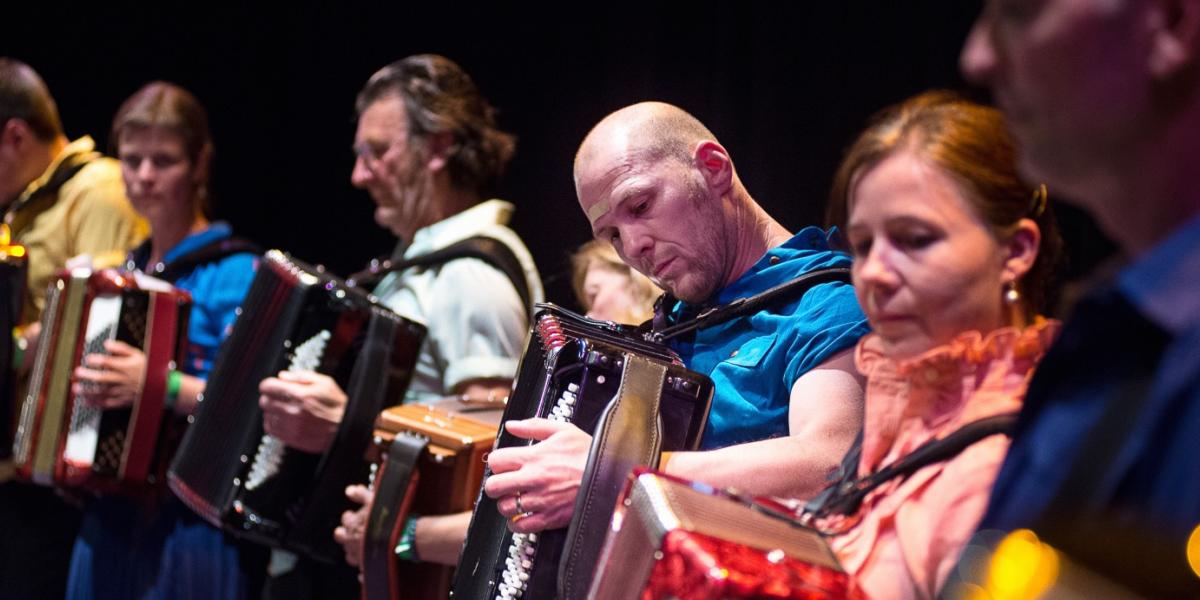 The Harmonie d'accordéon de Bruxelles was founded in 1912. Ninety years later, in 2002,  Piet Maris (Jaune Toujours), his pupils and a few others went back in time and created a new band of accordions. After a few final rehearsals, they played in full force (with 33 participants) for the first time on the 25th of May, on the occasion of the Zinneke Parade, in Brussels.

After that you might have spotted them at several occasions: car free sundays, the Zinneke (and other) parades, street parties, festival happenings, neighbournhood parties, street theater events, ...

The Nouvelle Harmonie Bruxelloise d'Accordéons plays in Belgium as well as abroad, like on tour in the Netherlands with the Accordeonslag festival, or in France for Les Polymusicales in Bollène, the childrensmusic festival Happy Day in the opera of Lille, the accordionfestival Printemps des Bretelles in Strassbourg and the city festival Culturalités in Prémian.

One Step Beyond LIVE at ChouXS-Fest