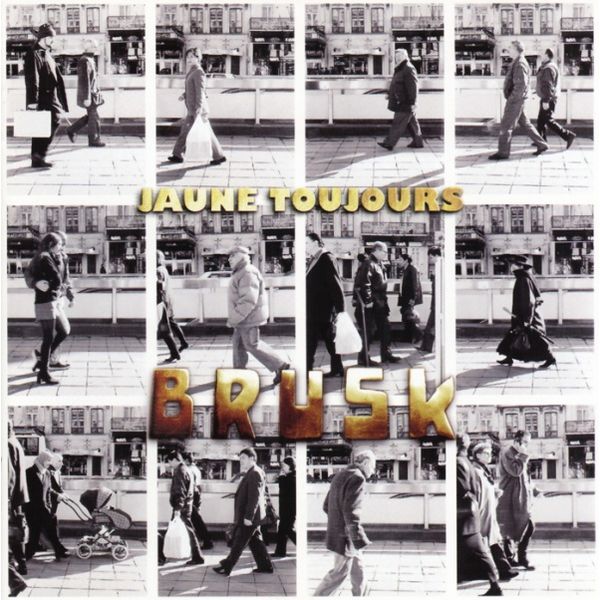 The first full album of Jaune Toujours, recorded at the Brussels Jet Studios, released on the labelWildboar/Alea and published by Choux de Bruxelles.
Press quotes:
The FolkWorld CD Top Ten 2000 (december 2000): Jaune Toujous "Brusk":  New innovative European folk sounds that are breaking borders. Jaune Toujours play unusual and new music that may not easily be pigeonholed. This Flemish (Belgian) band has lots of wild musical power. Playing mainly self-composed music, they combine accordeon with percussion and a brass section. there are jazz influences, but also you can find mussette, rock and of course folk. The front instrument - either accordion or a brass instrument - is very dominantly played and gives the music a great drive. The songs - mostly in Flemish with some French choruses plus one song in French language - are influenced in style by ballads, rock hymns, chansons and more. This is up to date music - fresh with much drive and unique. A "must" for anyone who loves the more unusual acts of the New European Folk scene.